The aim is to develop a people counter. The ultrasonic distance sensor is used for this purpose. The values recorded in this way are to be output on the Display.

The ultrasonic distance sensor uses sound to determine the distance of objects. The sensor sends out a pulse and measures the time until it receives the echo of the pulse again. From this time the distance of the object can then be calculated using the speed of sound. 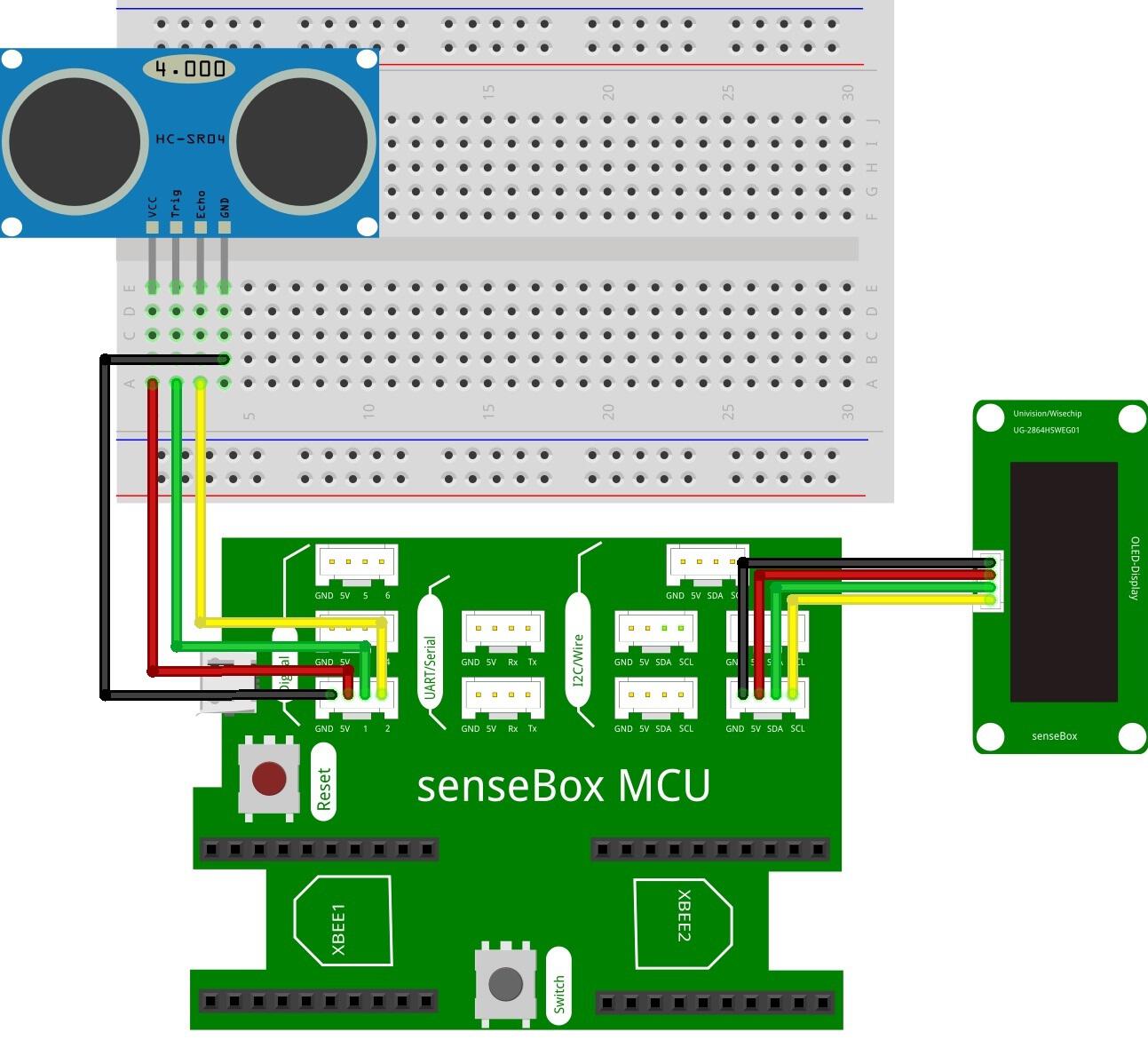 Note: The sensor should point in the direction where no cables are in the way as this will not obstruct the sound.

In the first step the measured value of the ultrasonic distance sensor is read out, assigned to a variable and shown on the display. 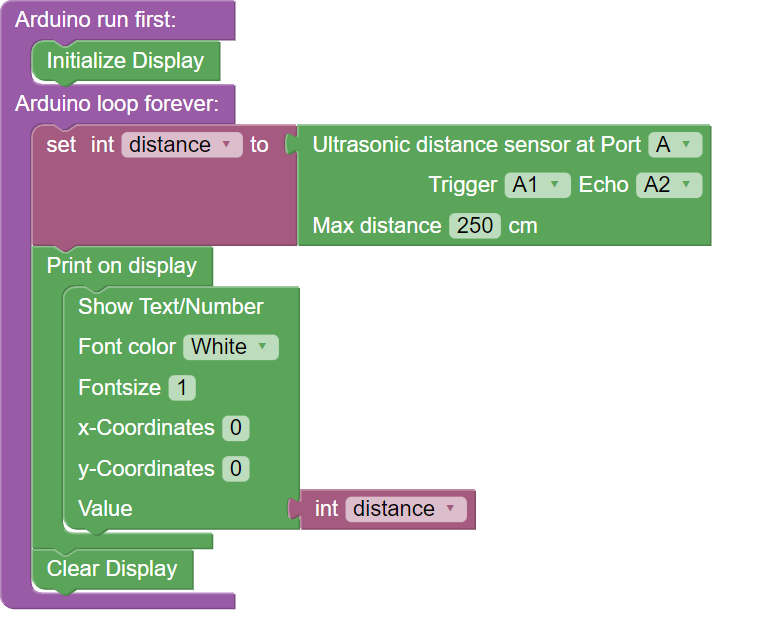 Transfer the program code to the senseBox MCU and check what happens with the distance when a person passes the sensor.

Note Effectively the ultrasonic distance sensor measures reliably in a range between 5cm and 200cm.

The distance is important to detect whether a person is passing the sensor. An if-then condition is used for this: If a person walks past the sensor, the distance decreases. In an if-then condition, for example, operators can be used to compare two values. If the condition is met, the code that is placed in the open block section is executed. In this case the variable persons is always increased by one. 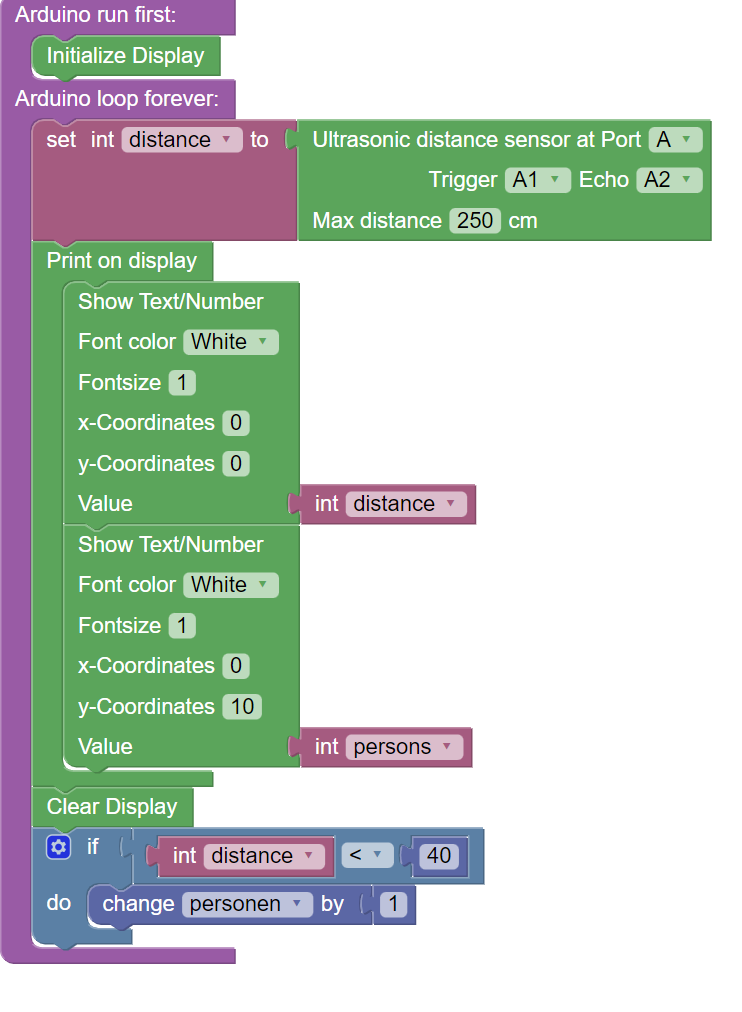 If you have transferred and tested the program, you will have noticed that the counter counts people multiple times if they stop in front of the sensor. To solve this problem you can add a second condition to check if the maximum distance has been reached again after the distance has been interrupted. The counter will be locked if the distance is interrupted and will only be unlocked when the distance has reached the maximum value. With the logical AND you can link two conditions and the code in the block section “make” will only be executed if both conditions are met. 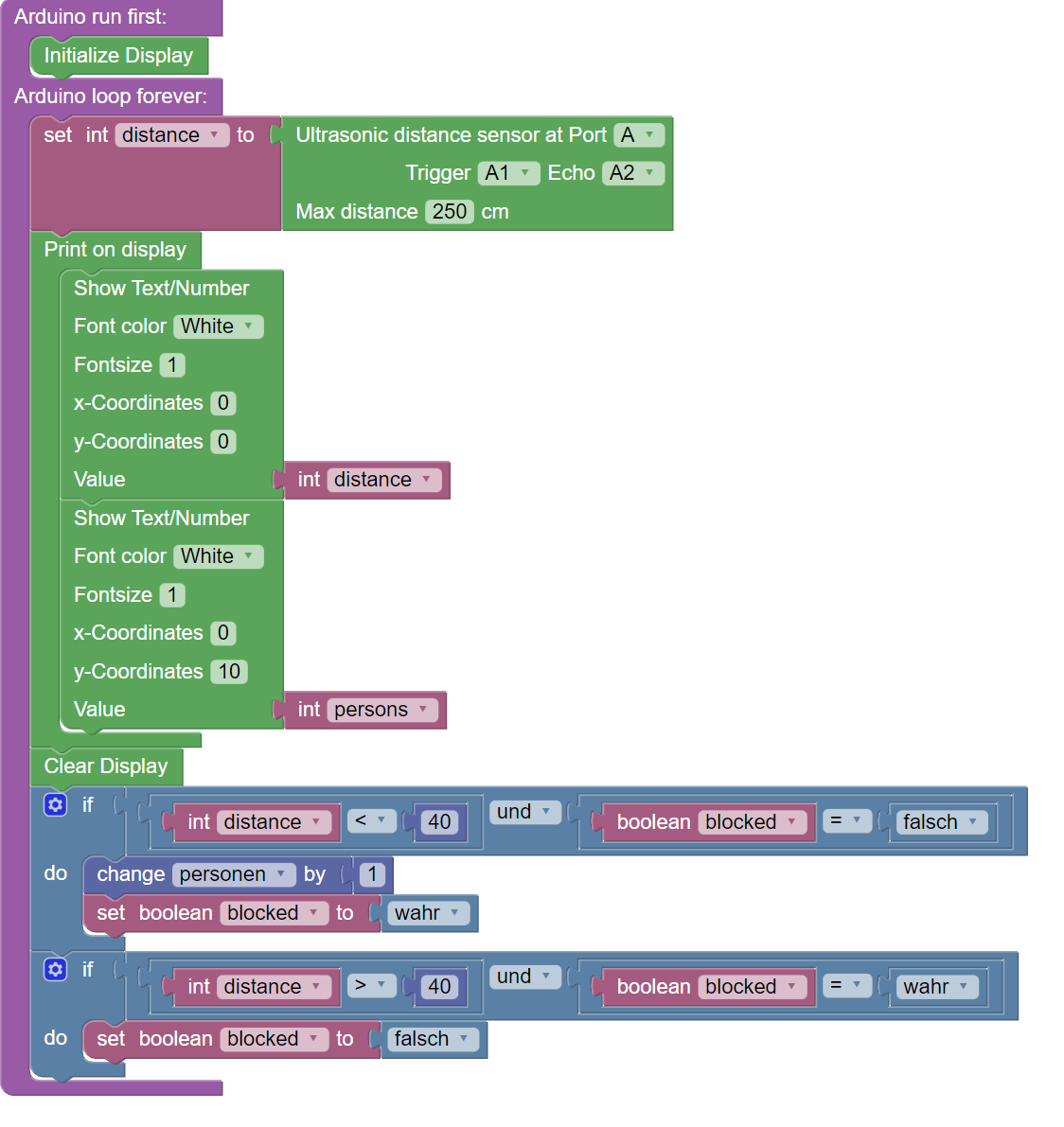